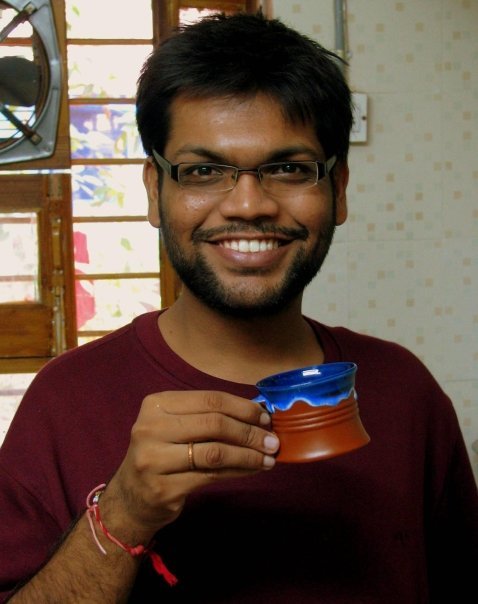 Shishuvan, the Mumbai school that Adhyayan has been closely working with, has been doing some very interesting work in terms of Community and Partnerships. This, for Adhyayan, is a key performance area for schools to excel in.

One of Shishuvan’s most exciting collaborations in recent times has been with the Exchange for Change program, initiated by Routes 2 Roots (http://www.routes2roots.com/) and the Citizens Archive of Pakistan (http://www.citizensarchive.org/).

Two teachers and five students from the school visited Pakistan as part of this program. It offered them a space to learn many new things.

Here is a first-person account of the Pakistan trip by Chintan Girish Modi, an educator who works with Shishuvan.

This piece was first published at http://www.teacherplus.org/interventions/crossing-the-border and we would like to offer our grateful acknowledgements for permission to use the same.

“Dear God, Who draws the lines around the countries?” asks Nan, one of the many children whose utterances are gathered in a book called Children’s Letters to God compiled by Stuart Hample and Eric Marshall. It is such an innocent question, and such a poignant one. I wish more adults were asking this. They would, perhaps, if they felt the futility of borders.

I was in Lahore recently, as part of ‘Exchange for Change’, a programme jointly run by Routes 2 Roots, a Delhi-based non-profit organization and the Citizens Archive of Pakistan (CAP), which has offices in Karachi, Lahore and Islamabad. We were a 21-member delegation from India, comprising students and teachers belonging to four different schools – Shishuvan and Gandhi Memorial School from Mumbai, and Sanskriti and St. Paul’s School from Delhi.

Nan’s question is one that I too asked as a child, when like many other children, I was being raised to think of Pakistan as enemy country and Pakistanis as terrorists. I continued asking all through school, college and university, and through terrorist attacks, bomb blasts and cricket matches that were made to look like wars. I earned a mix of flak, suspicion and incomprehension. I was told I was being too optimistic, ridiculous even, worse, a traitor. I continue to ask.

I am glad, however, that things might be different for my students, three of whom got the opportunity to cross the Wagah Border near Amritsar and spend five days in Lahore. All three of them – Siddharth Gopal, Mahesh Sakhalkar and Aditi Shah – are ninth graders. The other two who went from Shishuvan were Kavita Anand, the director of our school, and I.

This visit to Lahore (Feb. 16-20, 2012) was only one in a series of interventions planned under the Exchange for Change programme. The reciprocal visits of students and teachers from Pakistan to India and from India to Pakistan were preceded by an exchange of letters, picture postcards, photographs and oral history recordings with grandparents having memories of Partition to share.

The idea was to help students from both sides of the border appreciate the possibility and merits of sustained dialogue in order to gain a clearer understanding of their shared history, culture and lifestyles. This material was exchanged, hoping it would clarify misconceptions and dispel misinformation about historical events. It would hopefully also empower children to reject inherited prejudices and form their own opinions based on personal experience. It was a year-long programme that involved 2400 students from Karachi, Lahore, Delhi and Mumbai. Did it make a difference?

Children at City School Lahore singing for the Indian delegation

This is what Aditi thought of Lahore before she crossed the border. “I expected a lot of women walking on the streets wearing burkhas. I also thought it would be ancient, with all those lovely tiny lanes and I really didn’t think there would be a church in Lahore.” After the visit, here is what she writes, “Well, Pakistan is a lot like India. Lahore has a little bit of both Mumbai and Delhi in it. They are like us. They aren’t terrorists. That is just stupid – saying one particular country is filled with terrorists. It’s not like people don’t get killed at all in India, you know! Also, Lahore has amazingly delicious naan! And their newspapers are very interesting.”

We are back from Lahore but the conversations continue, in school, with family and friends. It is important that they do. People want to know what things look like on the other side of the border. They are full of questions. When we walked on the streets, did we come across as foreigners? How did local people like shopkeepers and rickshaw drivers respond to us when they got to know that we came from India? Does Pakistan have people from non-Muslim communities? Does one find vegetarian restaurants there? Do women work? What is the general level of education? Do they have freedom of expression? Do they have offices and modern infrastructure? What are their views about India and Indians? These are just some of the questions that came up in a discussion with a colleague. I am sure there are more. I love questions. They keep dialogue alive.

Our duty as teachers is to encourage such dialogue. That might go a long way in building bridges. Most of our students may never visit Pakistan or meet a Pakistani. What they know and how they think will be largely based on what they pick up from school, hear or read in the media, and what they are told at home. What we can do, however, is to provide alternative perspectives, or at least build the skills to question and interpret images and information thrown at them. It is important to find a balance between the two extremes of ‘they-are-all-terrorists’ and ‘we-are-all-brothers-and-sisters’. The real stuff is somewhere in between. Not at the border but in that space where we find the courage to shed the skins we wear too comfortably.

Note: If you would like to read more, check http://tribune.com.pk/story/348586/love-you-lahore/