To tweet or not to tweet is often the question asked (with many apologies to The Bard). Well, as Social Media Lead at Adhyayan, when asked this question, all I can say is “Yes! Tweet! Tweet!” As of May 2015, Twitter has 500 million registered users of which 302 million as considered “active”. So why […] 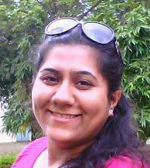 Adhyayan Core Team member, Poonam Choksi has put together a handy note on What Good Looks Like when it comes to Health and safety. How does your school measure up?