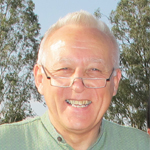 Last week Michael Gove, the UK’s Secretary of Education, added his voice to that of Shri Kapil Sibal on the need to attract society’s best to teach. So why is it so important for school systems to attract and retain the best teachers? In this blog Spokey Wheeler, Adhyayan’s international director, reflects on how to recruit and retain great teachers and leaders and how they can help transform the quality of children’s learning, achievement and well-being across whole school systems.

Nations urgently need to attract the best in our society to teaching. That is the view of both India’s HRD Minister, Shri Kapil Sibal and Mr Michael Gove, the United Kingdom’s Secretary of State for Education. In fact the UK government will now only fund trainee teachers who achieve a 1st or 2nd class first degree. Their analysis is as acute as it is important. Countries such as Singapore whose only resource is their people have long made education a national priority. Today, Singapore is consistently one of the highest performing countries in international performance tables such as PISA. Their investment in the quality of education and the training of teachers and teaching leaders has been sustained since the 1980’s when I worked for the Republic as a young teacher.

About two decades later I was lucky enough to be one of the inaugural team who launched the consultant leader programme of ‘London challenge’, as a part of the UK government initiative to make its capital a world-class leader in education. The London Challenge Consultant Leader strategy partnered experienced school leaders with principals leading schools in challenging circumstances. While UK plc does not figure high in many of the international league tables, the improvement in London’s achievement has been remarkable with it now outperforming the rest of the country at GCSE, the UK’s equivalent to India’s Standard 10 examination.

First as a consultant leader and then as a principal recruited to turn around a failing inner city London secondary school, I saw the impact that talented mission driven, highly motivated young graduates could have on the culture of schools and the learning and achievement of children. As a principal I benefited from ‘Teach First’ a teacher training strategy designed to “ …address educational disadvantage by transforming exceptional graduates into effective, inspirational teachers and leaders in all fields”. All Teach First teachers work in schools in challenging circumstances for at least two years. 67% remain in school beyond the two year Leadership Development Programme and 55% of all Teach First ambassadors remain in teaching in the long-term. In 2008 the UK’s Office for Standards in Education (OFSTED) described it as being ‘amongst the most exceptional trainees produced by any teacher training route.’ A decade old, Teach First is 7th in The Times of London’s Top 100 Graduate Employers survey. This makes it the highest ranking charity in the history of the survey.
Last week at the UK’s National College for School Leadership’s Annual Conference Mr Michael Gove announced a further expansion of the Teach First programme bringing the total of Teach Firsters in training to 1500. The UK Secretary of State also told the conference that the government would be injecting extra cash to attract top graduates to teach Mathematics in primary schools as well as to work in challenging schools.
Teach First is a member of ‘Teach for All’ to which Teach for India (TfI) has belonged since its inception in 2009. Three years on it has an alumni of 370, is working in 122 schools and is already impacting on 12,000 students. These are impressive early statistics and I am sure that TfI will continue to scale and enhance the learning of many thousands of children.

But it is not enough to attract the best in our society to teach, we have to retain them. The statistic of Teach first which impresses me most is that 55% of their teachers are choosing to stay in teaching. I cannot imagine that the same will be true here in India unless we can find creative, systemic ways of making it too attractive for them to leave. And while money will be important in attracting the brightest and the best, it will be the personal, professional opportunity to transform children’s lives as developing teaching leaders that will make them stay on! Having worked and trained with both ‘Teach Firsters’ and TfI teachers I can’t separate them in terms of motivation and their desire to change lives.

This is not about the relative quality of the two programmes or the calibre of their recruits. SSA has shown us that it is all very well to increase the enrolment of children into school, but unless you give them a strong enough reason to stay on they will drop out in increasing numbers. The same may be true for their teachers. While many TfI alumni who leave teaching may remain in education, and I am sure all will continue to work hard as ambassadors, their direct impact on a school’s culture is inevitably defined by the number of years they stay in teaching.

We are living through perilously high teacher vacancies, with breathtaking numbers of unqualified teachers teaching our children. In some states the attrition of teachers leaving state education on retirement is larger than the number of new teachers being trained. And even in states like Gujerat where virtually all teachers are qualified and there are almost no teacher vacancies concerns over quality of teaching and children’s learning remain.

But let us for a moment believe that with a concerted effort by 2015 many of the untrained teachers across India have been trained and a significant reduction in vacancies has also occurred. Does that mean that the quality of children’s experience will have been enhanced? Well in those states that have taken an enlightened approach to enhancing the quality and the nature of delivery of teacher education then the answer is ‘Yes’. Where there was no teacher there will be one. Where the teacher’s were untrained they may have received better training than is likely to be currently available in most pre-service training programmes. And those remarkable teachers who are already working in the state system because they believe in every child’s right to a decent chance in life will recognize they are no longer alone. That sounds to me like the first system-wide green shoots of teacher education and school improvement. In a country as big as India and a school system of 1.2 million schools that would be remarkable.

However, in order to democratise the right to education to all children and to assure the country’s economic future, a radical re-evaluation of the cultural and organizational systems on which the teacher in the classroom depend. These include:

• The transformation of teacher education which government is embarked on
• The reform of the existing examination system, probably the most entrenched and therefore the most difficult to shift,
• Introducing a state-wide quality assurance framework for schools which engages administrators, trainers and principals founded on school self review, which in Adhyayan’s view is the fundamental building block of school improvement and the most accessible to implementation
• Re-engineering the existing systemic frameworks and processes for the delivery of schooling and liberating the many committed and capable administrators currently working in states across India to verse system change
• Responding to Minister Kapil Sibal’s call for the best in society to become teachers.

It is this final challenge of attracting and importantly retaining the most talented teachers which has the most visceral impact on children’s learning. When I listen to my friends and colleagues in India almost everyone of them has at least one story of a loved and respected teacher who touched their lives. And that wasn’t just in privileged private schools. How true is that for today’s generation of state school children in India? The introduction of highly motivated, intelligent, young graduates is a no-brainer for the government but not for potential teachers who even on the edge of recession have the business world eager to recruit them.

So What to do?
It is not my habit to suggest international solutions to Indian challenges, so I have tried to craft a few Indian solutions, both modest and radical, based on international success stories. So what might be worth considering:
• A national Campaign to promote teaching as a first choice for graduates which garners the good and the great from Bollywood to business to lend their voice to the clamour for change. There was a wonderful campaign ‘Teach India’ which covered the billboards with clebrtities committed to make a personal difference
• In the short term offer Golden hello’s and most importantly platinum thank you’s in the form of retention packages for those who stay in the state sector for up to 5 years.
• A fast track leadership programme to retain and then promote the best to leadership positions within both elementary and secondary schools within 5 years of qualification
• Create graduate teacher training employment programmes which enable qualification new career scale for which match what is on offer in the private sector
• Businesses committing their management trainees to work in and with schools of
• Re–framing the role of heads and principals to emphasise the leadership of teaching and learning and develop state-wide leadership induction programmes whose successful
• Begin the planning for an Indian National College for School Leadership recognizing that all the international research points to the impact of great teaching leaders in school transformation
• Consider either the creation of a new or adaption of an existing National Teaching Award based on the quality of classroom teaching which is judged and moderated by leading educators following a rubric which defines the best of Indian and international best practice and then televising the teahers and extracts which illuminate their work in the classroom
• The creation of an Indian Education Service (IES) for administrators which requires an induction year teaching and observing in both elementary and secondary schools across all sectors

The evidence internationally is robust. Great teachers make a big difference to children and great teaching leaders make a big difference to their schools. The seminal Mckinsey Report of 2007 on ‘How the world’s best-performing school systems come out on top’ identified the three things that matter most:
The first was, ‘Getting the right people to become teachers’! What they should have added was, “and then keep them!”